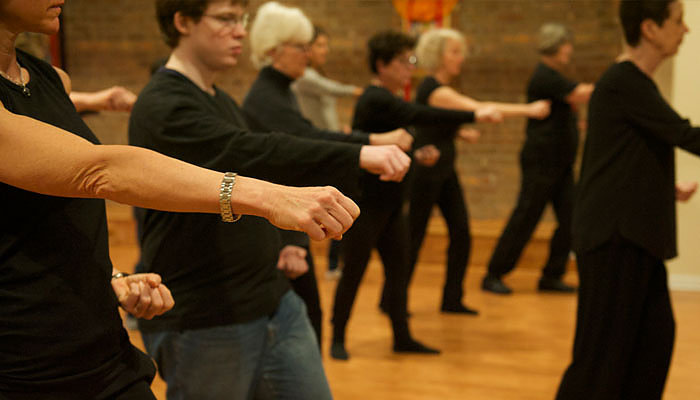 As part of our Asian Pacific American Festival, enjoy a free taster of the ancient art of Tai Chi-Chuan with master teachers from the WuShu Action Star Academy.

If you’re looking for a way to reduce stress, consider Tai-chi. Originally developed for self-defense, Tai-chi has evolved into a graceful form of exercise that’s now used for stress reduction and a variety of other health conditions. Often described as meditation in motion, tai chi promotes serenity through gentle, flowing movements. Tai-chi is an ancient Chinese tradition that, today, is practiced as a graceful form of exercise. It involves a series of movements performed in a slow, focused manner and accompanied by deep breathing. Tai-chi, also called tai chi chuan, is a noncompetitive, self-paced system of gentle physical exercise and stretching. Each posture flows into the next without pause, ensuring that your body is in constant motion.