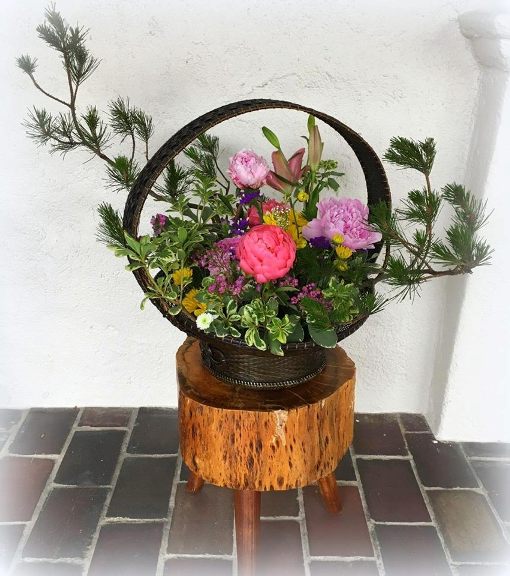 As part of our Asian Pacific American Festival, come visit the free Chinese Floral Arts exhibition May 11th through May 13th from 10:00am- 6:00pm.

Chinese flower arrangement began as an art form during the Northern and Southern Dynasties when Buddhism spread into China, bringing its custom of offering flowers at temple altars. By the Five Dynasties (907-960 CE), Emperor Li Hou Tsu had made the floral art an imperial affair by holding an annual flower arrangement exhibition at his palace, an event that was to mark the rise of court flower arrangement.

The Song Dynasty (960-1279 CE) saw the flourishing of flower arrangement and by the time of the Ming Dynasty (1368-1644 CE), the art was practiced widely amongst the populace, used in homes and during special festive occasions. A burgeoning number of Chinese floral arrangers had perfected techniques placing equal weight on beauty, structure, and meaning, laying the foundations of an Oriental art form which would spread to Japan, Korea, and even Europe and the Americas.