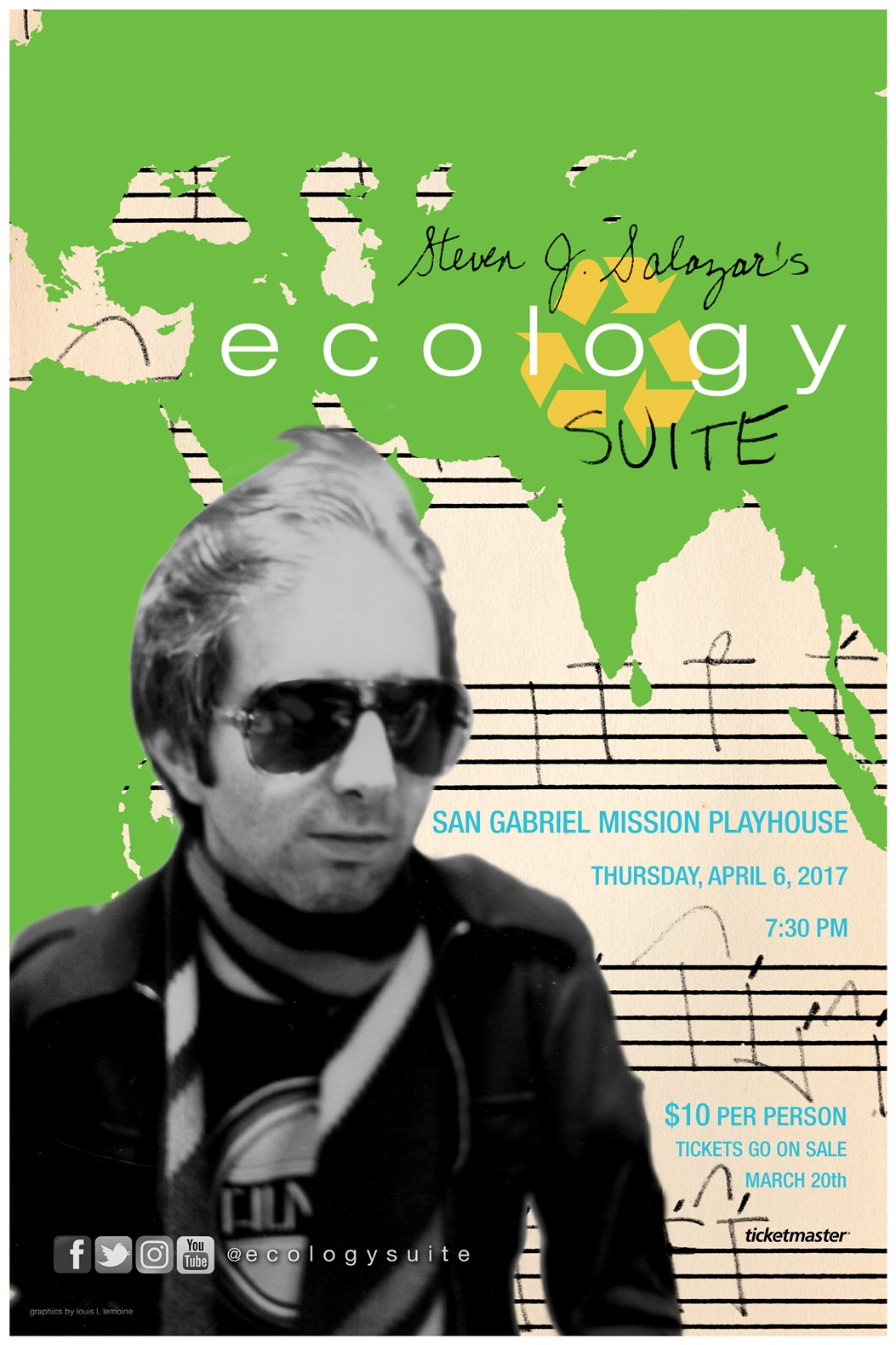 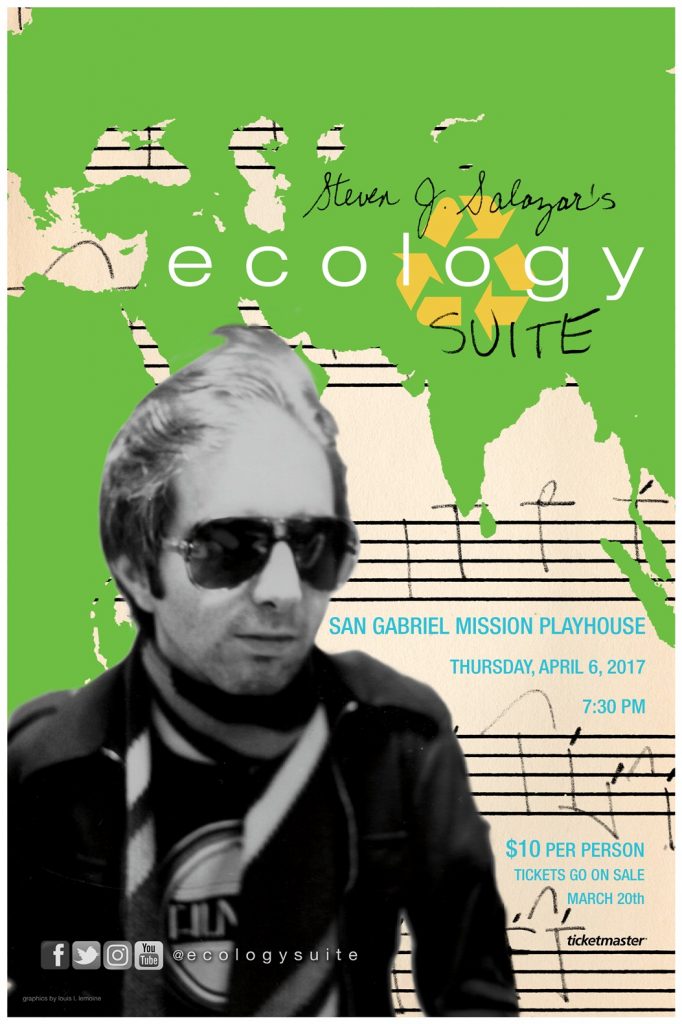 Steven J. Salazar’s Ecology Suite has been 40+ years in the making. Penned in 1975, and now newly co-arranged by Tommy Mars who is best known for his work with Frank Zappa, this symphonic rock performance is a 3-movement tour de force combining classical and progressive rock elements, with dashes of jazz and pop. The audience is taken on a thought stirring musical journey which inspires the listener while questioning the fate of the earth, and mankind itself.

Steven J. Salazar was born in 1952 with heart defects, which necessitated multiple surgeries over the course of his childhood. During all this time and for the rest of his life, his prognosis for survival was not good, to say the least. Somehow he made it to adulthood, however he stood only 5 feet tall and weighed less than 100 lbs. He’d easily get winded just walking down the street, and he spoke with a very distinctive falsetto-like tone.

Despite his crippling physical disabilities, Steve’s brilliant mind and ceaseless enthusiasm towards the arts, books, film, music, etc., kept him on the right track and set a fine example to his younger brothers and sisters and everyone who ever met him.

Steve’s Mother, Lillian, set him along the path of enlightenment and the Salazar household was a liberal bastion of free and independent thinking, as well as much love and laughter. Her appreciation of classical music was one of Steve’s earliest influences. Piano lessons followed, and by the time puberty arrived, his interest in rock & roll necessitated guitar lessons as well. Along the way he discovered the music of Frank Zappa, and Steve’s life changed forever. He soon found himself composing complex pieces as well as pop songs with sometimes biting, satirical lyrics. His quest for greater knowledge of music theory grew with time, ultimately obtaining a degree in musical composition from USC. During his lifetime, he composed more than 100 pieces of music.

In the early 70s, Steve formed the group Shorty’s Portion. A rotating cast of musicians supported Steve, who played piano, guitar and sang lead. In 1975, a self released Shorty’s Portion LP saw the light of day, and Steve gave solo recitals as well as full group concerts at various local auditoriums and at USC.

In 1978, Salazar fronted, played keyboards and prolifically wrote songs for a faux-punk band called The Skabbs. Their original recordings were eventually released in 2012. In February of 1979, Steve’s illnesses caught up with him and he passed away.

Tickets start at $10 and may be subject to additional fees and charges. No refunds, exchanges, cancellations. To purchase tickets over the phone, call Ticketmaster at 1 (800) 745-3000. To buy tickets in person, come to the Playhouse Box Office Tuesdays or Thursdays from 12:00pm-5:00pm. Cash is the only form of payment accepted at the Playhouse Box Office.