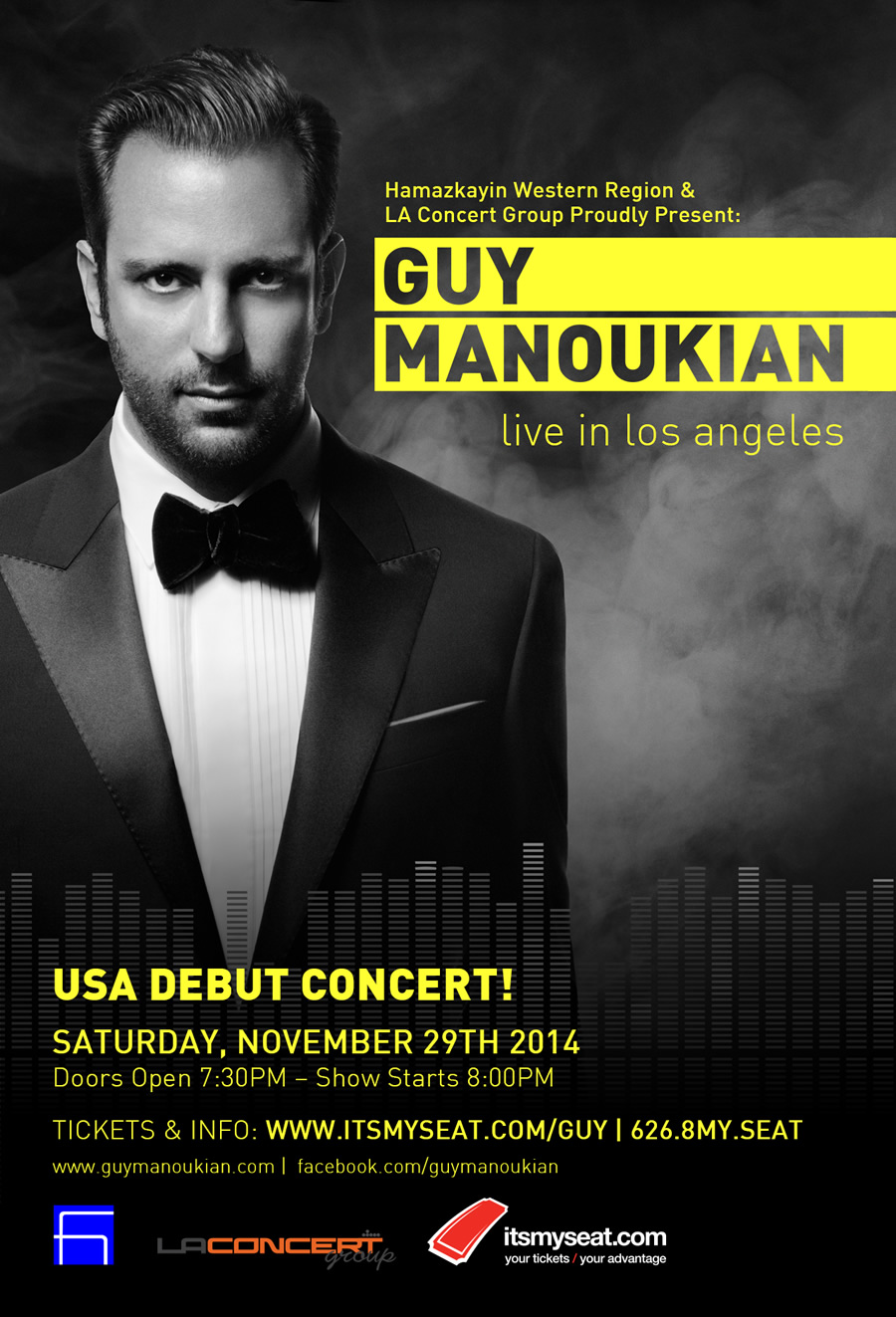 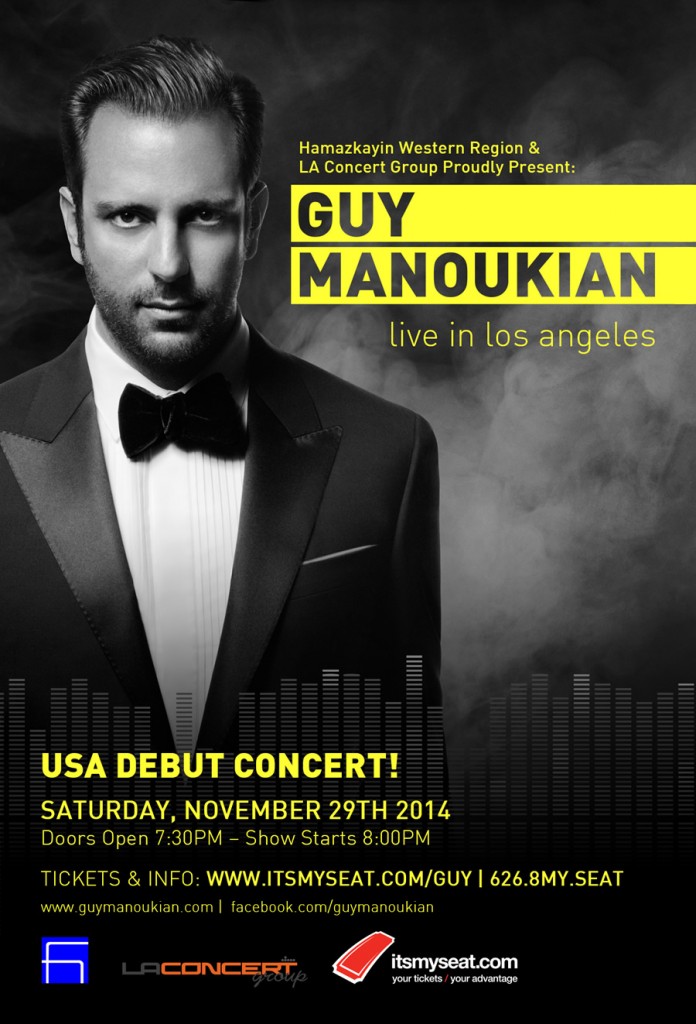 Lebanese musician, composer and pianist, Guy Manoukian has been a key musical player internationally for the last decade. Not only has he worked with the biggest names in the US, but his fusion of oriental melodies with modern arrangements has taken him all over the world, selling out concerts in Singapore, Santiago de Chile and the Sydney Opera House.

In his first appearance since the release of his chart-topping 2014 album Nomad, Guy Manoukian will perform his greatest hits in his USA Debut full length concert.

Performing all over the globe, from Yerevan to Cairo, Manoukian still finds time to work with the biggest pop acts: he recorded “On Tour” with Wyclef Jean, worked with 50 Cent, French rapper Diams, Raul Di Blasio and Mario Reyes of the Gipsy Kings family.

Recently signing to Sony music, Guy released his first album with them in December 2013. Split into two parts, ‘From East’ and ‘To West,’ signifying his fusion sound, Nomad made it to the top of the Lebanese charts and achieved gold status 4 weeks after its release!

**PLEASE NOTE: All Playhouse events are presented by independent producers. Contact the producing company mentioned above for current ticket prices which are subject to change without notice.