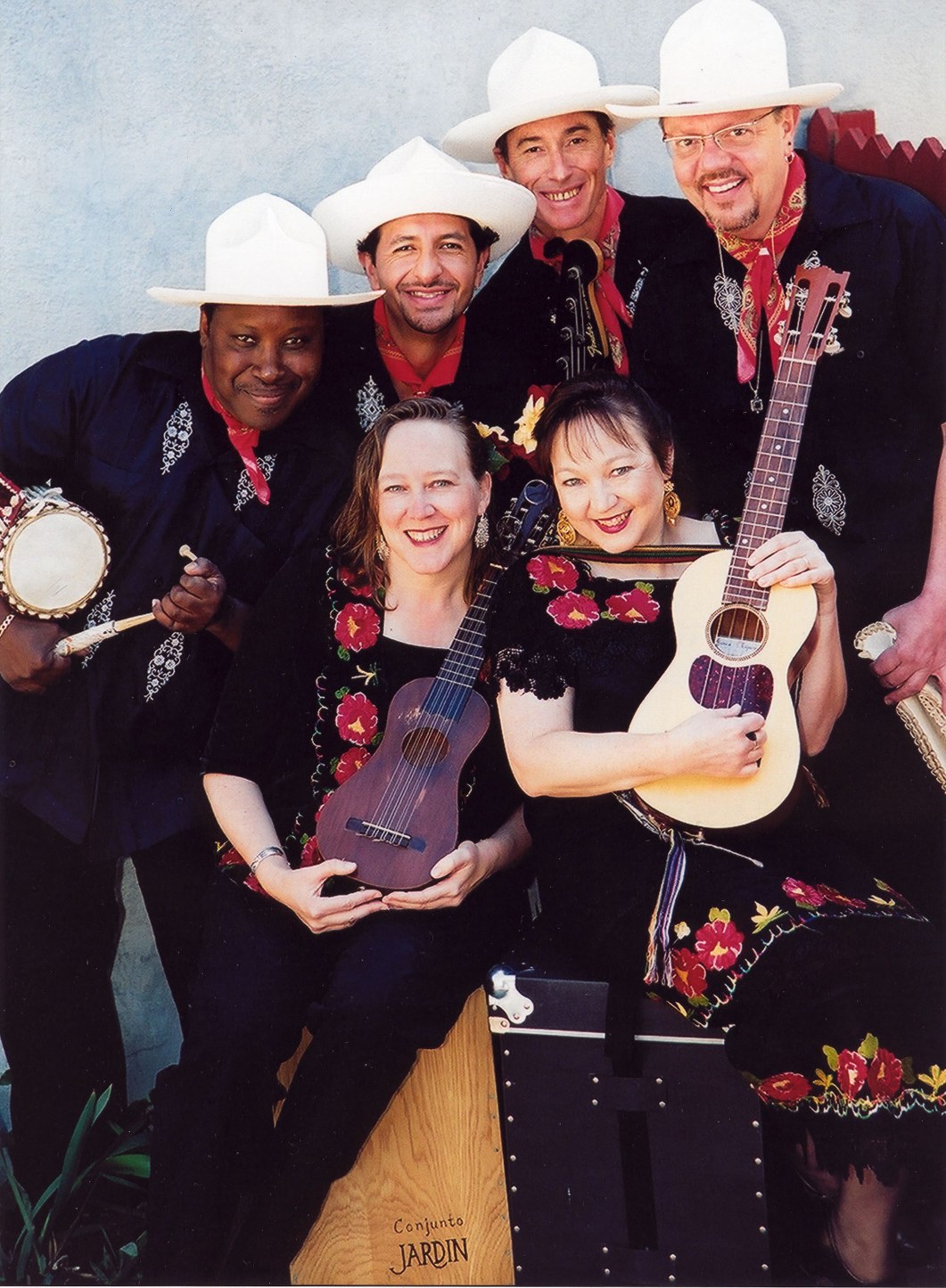 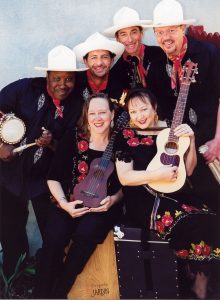 Conjunto Jardín
Updating and reinvigorating the lively son jarocho of Veracruz, Mexico, Conjunto Jardín features sisters Libby and Cindy Harding – the band’s name is a play on the Spanish pronunciation of their last name – on the traditional jarana, a small strummed rhythm guitar, and requinto, a 4-string lead guitar plucked with a long bone pua or pick. Their sibling vocals ride atop hard-charging jaranas, driving cajón-and-bass rhythm section and sparkling harp-like keyboards to create a fresh, modern sound that is at once faithfully traditional yet possessed of a rock-influenced drive and accessible edge. Integral members of the Los Angeles family of bands that includes Sabiá and Huayucaltía, Cindy and Libby have played jarocho music virtually all their lives, starting as children learning from and performing with their father, renowned Latin American scholar and harpist Tim Harding. 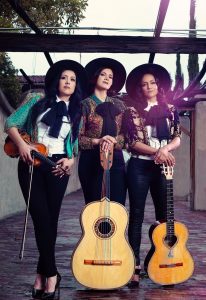 Trio Ellas
Trio Ellas has been making waves with a unique sound drawn from traditional mariachi roots tempered by the melting pot of musical styles and genres that is the LA music scene. The trio’s debut album Con Ustedes earned them a nomination for a 2012 Latin GRAMMY®.
The young trio is composed of Suemy Gonzalez (violin and vocals), a graduate of USC’s prestigious Thornton School of Music , Nelly Cortez (guitarron and vocals), a fourth generation mariachi musician and recreational pilot, and Stephanie Amaro (guitar and vocals), a versatile musician who performs and records in genres ranging from electronica to mariachi. The girls’ high level of musical proficiency has allowed them to circumvent stereotypes and work at a world class level, working with artists such as Benjamin Gibbard and Lady Gaga, and live performances with a myriad of top artists ranging from Mariachi Vargas de Tecalitlan to Mariachi El Bronx.

Entry to the event is free, but food and drinks are for sale!

Parking is free for this community event. We provide fold up chairs (first come, first served).You can bring your own chair if you’d like.

This concert is sponsored by the office of Los Angeles County Supervisor Kathryn Barger.

This event is part of the Mission Playhouse Community Engagement Program,