Poetry at the Playhouse (Free Event!) 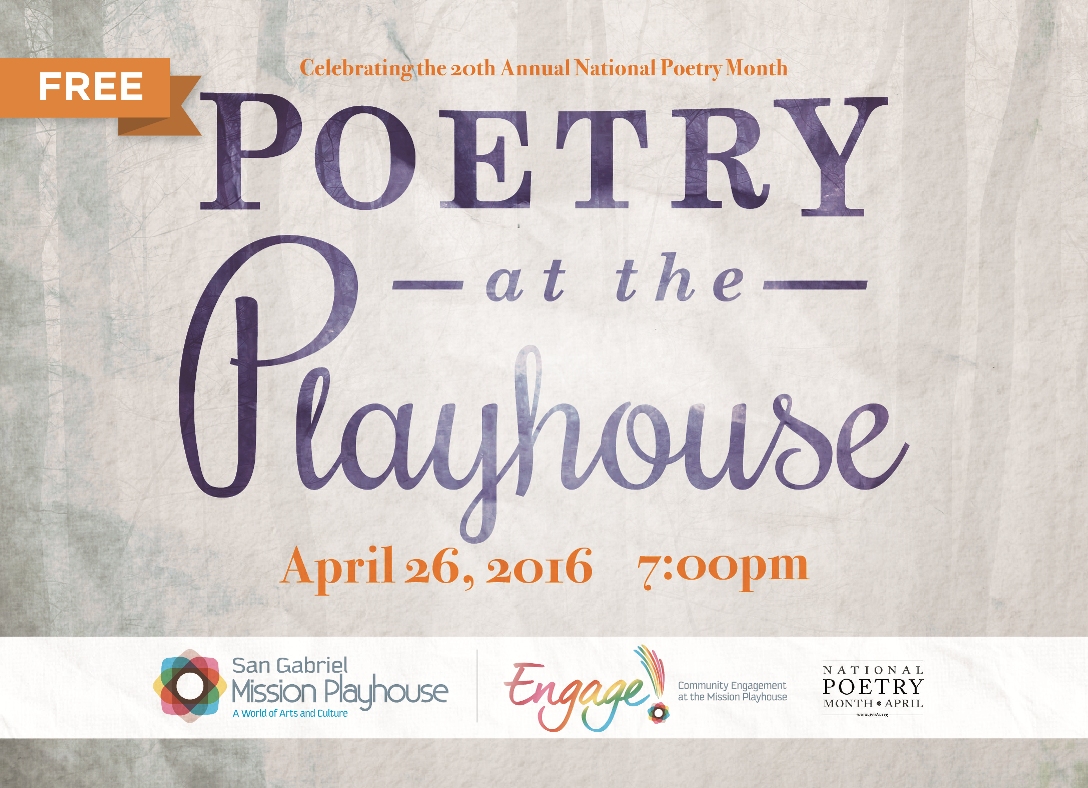 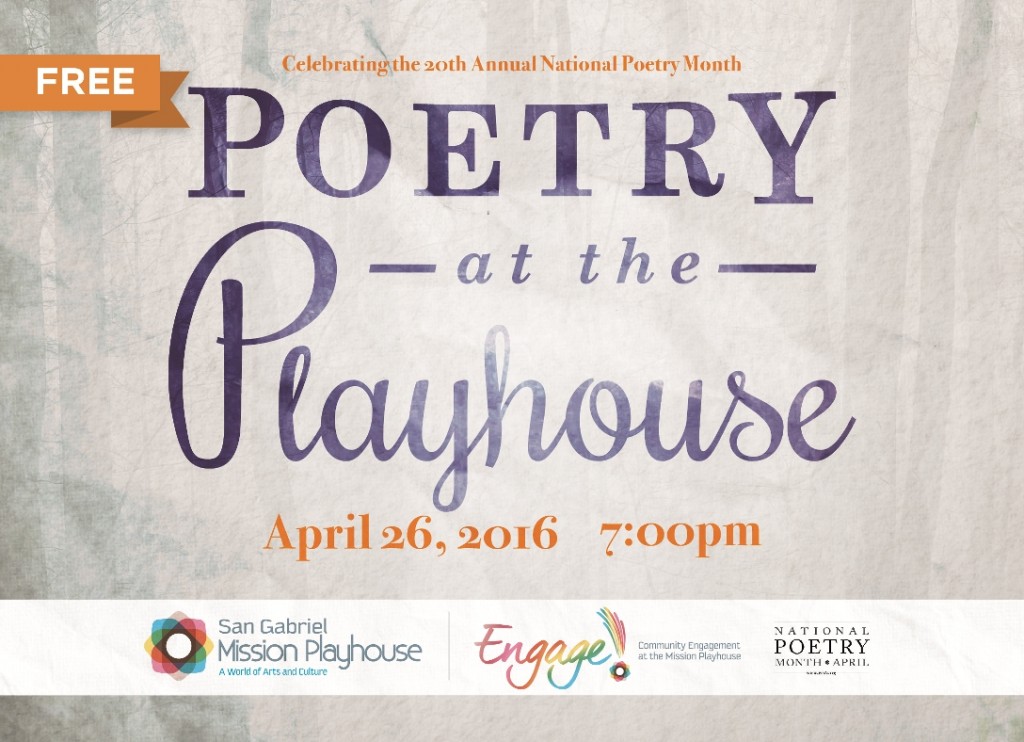 To celebrate the 20th year of National Poetry Month, we are delighted to bring some of LA’s finest poets to the Playhouse once again.

Vickie Vértiz was the Lucille Clifton Scholar at the Community of Writers, and a Hillary Gravendyk Book Prize finalist in 2015 with works published in Los Angeles Review of Books, Huizache, The Offing, and Nepantla. Her first poetry collection, Swallows, was published in 2013 by Finishing Line Press.

Mike Sonksen has published over 500 essays and poems and his KCET column LA Letters celebrates literary Los Angeles. His forthcoming book Poetics of Location is published by Writ Large Press.

Naomi Hirahara’s Sayonara Slam, the sixth book in the Mas Arai mysteries series, is released this May. The first in her bicycle cop mysteries, Murder on Bamboo Lane, received the T. Jefferson Parker mystery award in 2014. A former editor of The Rafu Shimpo newspaper, she writes noir short stories and fiction/nonfiction related to the Japanese American experience.

This event will take place in the Playhouse lobby.

To reserve your tickets in person, come to the Playhouse Box Office Tuesdays or Thursdays from 12:00pm-5:00pm.

You can also call the Playhouse Box Office at (626) 308-2868 during this time to reserve your ticket over the phone.

This event is part of the Mission Playhouse Community