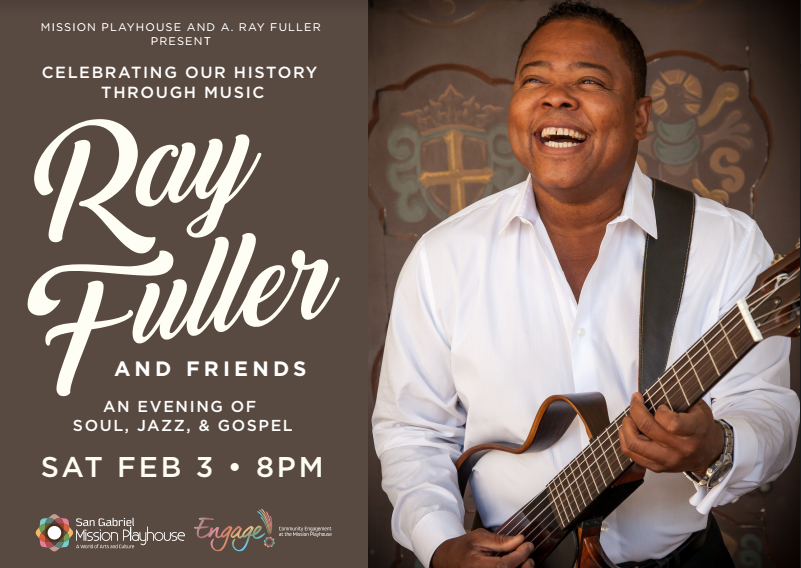 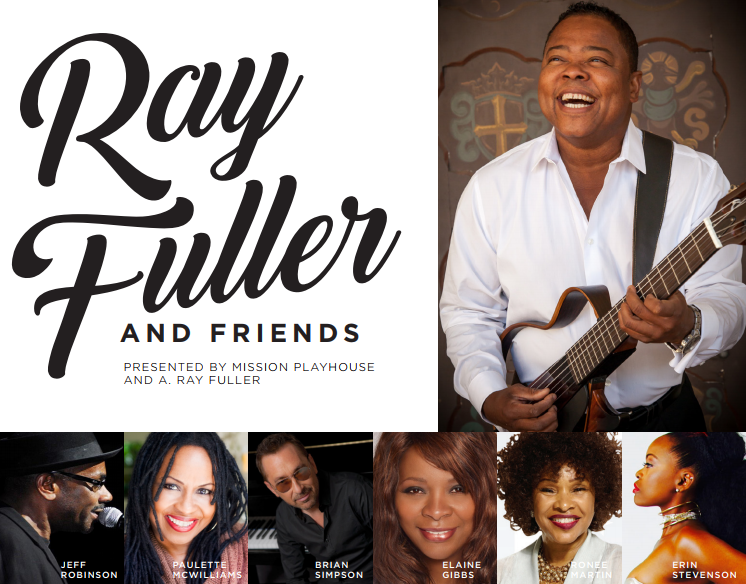 Enjoy a night of jazz, soul, pop and gospel as guitarist, composer, music director and producer, A. Ray Fuller takes center stage in honor of Black History Month with his All Star Friends.

A Chicago native, Fuller started playing the guitar at the age of 7. In his 40 year career, he has worked with artists and producers including Whitney Houston, Anita Baker, Natalie Cole, George Duke, Boney James, Branford Marsalis, Bebe & Cece Winans, Quincy Jones, David Foster, and Berry Gordy. Fuller can be heard on the soundtracks of The Bodyguard ( I Will Always Love You), Thelma & Louise, Disney’s Captain EO, and DreamWorks’ The Prince of Egypt. He’s played at venues such as London’s Wembley Stadium where he performed at Nelson Mandela’s Freedom Concert.

R& B vocalist Elaine Gibbs was a finalist on Season 1 of Fox’s X Factor. X Factor judge Nicole Scherzinger stated that Gibbs was one of the most talented singers she’s ever come by. Billboard magazine wrote that she was “a voice to be reckoned with.”

Ronee Martin can be found on many recordings as a backing vocalist for artists including Wynton Marsalis and Patti LaBelle. She was a quarterfinalist on Season 11 of America’s Got Talent.

Paulette McWilliams’ voice can be heard on Michael Jackson’s Don’t Stop ‘Til You Get Enough, Aretha Franklin’s Jump To It, and Billy Idol’s Mony Mony. In addition to the artists mentioned, McWilliams has worked with Quincy Jones, Celine Dion, David Bowie, Whitney Houston, and  Jennifer Lopez.

Jeff Robinson has performed at numerous jazz festivals including the Playboy Jazz Festival. He currently tours as lead vocalist of the UK soul group, Loose Ends.

Pianist Brian Simpson has toured with jazz greats George Duke, Stanley Clarke, Larry Carlton, Billy Cobham and Gerald Albright. For almost 20 years, he has been the musical director for jazz saxophonist Dave Koz. He is also the Musical Director for The Smooth Jazz Cruise.

Ticket prices start at $15. Seating for this event is on stage getting you closer to the artists and providing you with an intimate concert experience.

This event is a part of the Mission Playhouse Community Engagement Program,