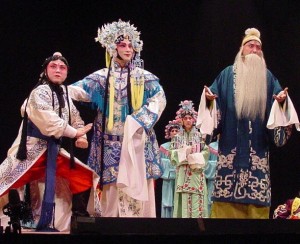 San Gabriel Chinese Opera Association presents Ba Yi Tu, based on a history play written in the second half of the 13th Century with the action taking place in the Epoch of Spring and Autumn (722-476 bc). The play’s full name is The Great Revenge of the Orphan of the Zhao Family.  With loyalty as it’s central theme, the Opera tells the story of how the hero sacrifices his son to save the life of young Zhao, so that Zhao can later avenge the death of his family.

Cited as the first Chinese play ever to be known in Europe, Ba Yi Tu was translated into French and English in the 18th Century and was adapted into a feature film in 2010 by director Chen Kaige under the title Sacrifice.

San Gabriel Chinese Opera Association was established in 1997 to promote Chinese performing arts and to improve cultural exchange between the United States and Taiwan/China.