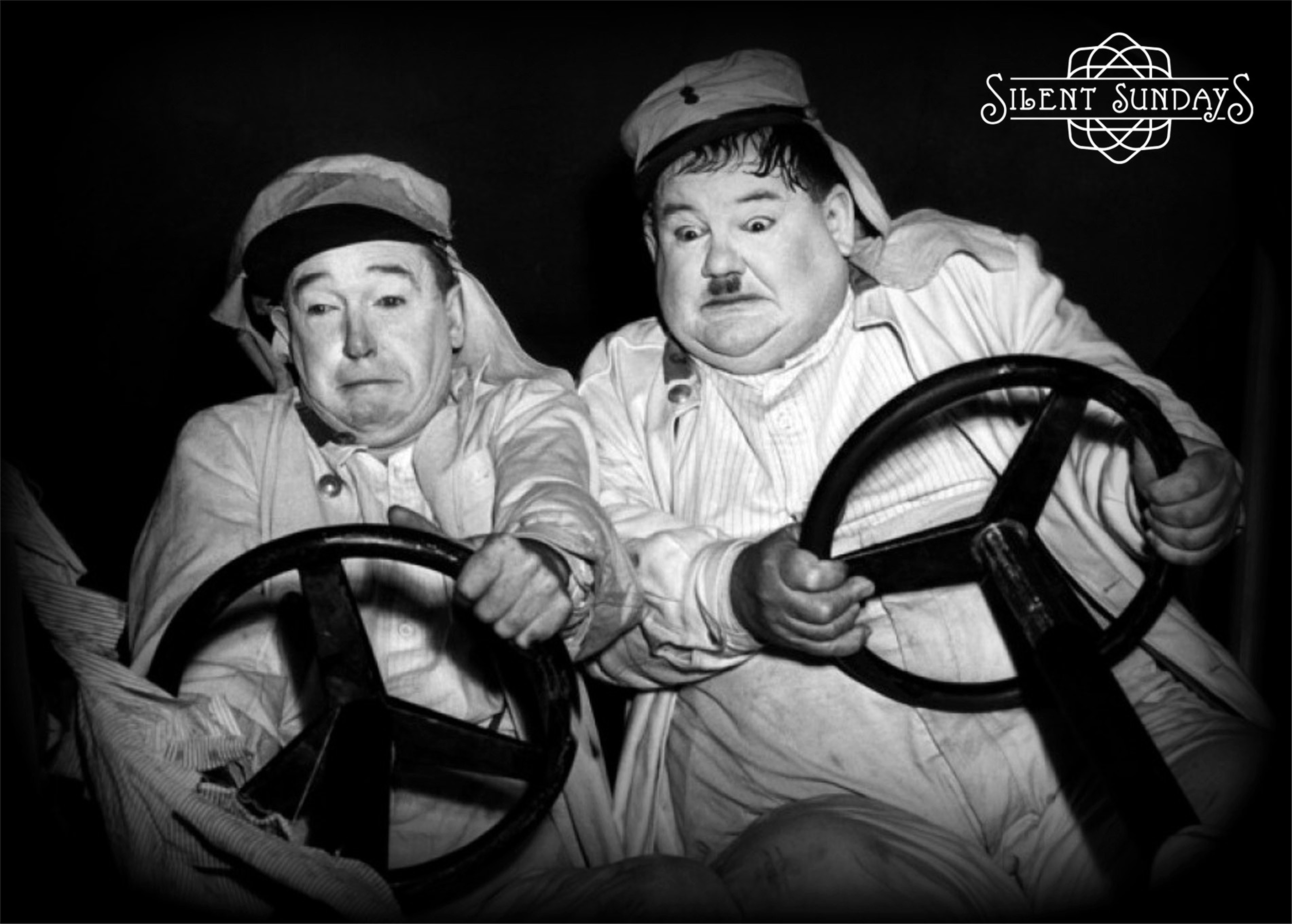 Arthur Stanley Jefferson and Oliver Norvell Hardy, better known as Laurel and Hardy, are still one of our greatest comedy duos. See three of their classic silent short films from the 1920s: ‘Double Whoopee’, ‘You’re Darn Tootin’, and ‘Liberty’ at the Mission Playhouse, February 5th at 2:30pm, as part of the Playhouse’s ‘Silent Sundays’ series, done in partnership with the Los Angeles Theatre Organ Society.

In ‘Double Whoopee’ (1929), Laurel and Hardy are a footman and doorman at a ritzy hotel who wreak havoc on employees and guests including a teenage Jean Harlow. In ‘You’re Darn Tootin’ (1928), they are musicians who lose their job in a band after a disastrous performance. ‘Liberty‘ (1929) has the duo as prison escapees who eventually end up at the top of an unfinished high rise

building. Laurel and Hardy “were the alchemists of the comedy world: they could turn anything into comedy gold” (tcm.com). Their work “continues to inspire laughter and love even after nearly a century” (tcm.com).

Accompanying the film on our 1924 Mighty Wurlitzer pipe organ is 2014’s American Theatre Organ Society’ s Organist of the Year Lance Luce (pictured left). Luce has performed hundreds of concerts across the US, Canada, England, and Australia. At only 19 years old, he was appointed the Head Staff Organist at Radio City Music Hall. He is currently on staff at three theaters including Detroit’s Fox Theatre.

Join us for our last Silent Sundays screening of the season, The Gaucho (1927), starring Douglas Fairbanks and Lupe Vélez on May 7th.

Ticket prices are $10 in advance, $12 day of show, group tickets (10+ $8.50). To purchase group tickets, please call the Box Office number listed below. Tickets may be subject to additional fees and charges. No refunds, exchanges, cancellations.