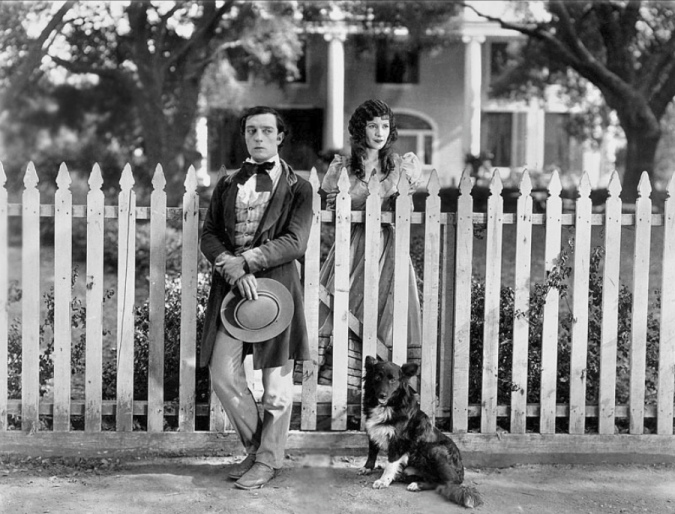 Silent Sundays are back with an expanded 5 film lineup that includes a two-color technicolor swashbuckling adventure, The Black Pirate! We’ve got a little of everything: comedy, romance, drama, horror, thriller, and action. Returning are silent favorites Buster Keaton and Douglas Fairbanks along with some new faces to the Playhouse screen, the legendary Lon Chaney, the talented comedic actress Colleen Moore, and the star of Alfred Hitchcock’s Blackmail, Anny Ondra. Purchase your subscription by September 6th and see the series for the special price of $45! (more info below on how to purchase a subscription).

Season 4 of our Silent Sundays film series kicks off Sunday afternoon, September 9th at 2:30pm with 1923’s Our Hospitality directed by and starring the brilliant Buster Keaton. Set in the South in 1831, two rival families have been at odds for decades: the McKays and the Canfields. Keaton plays William McKay who is traveling to his childhood home to claim an inheritance. On his train ride home, he meets a girl he becomes smitten with, Virginia, who invites him to dinner at her family’s residence. What he soon finds out though is that Virginia is a Canfield and her father and brothers want his head. His effort to delay the Canfield men’s plot leads to big laughs, thrilling stunts, and edge of your seat suspense.

Filmed near Lake Tahoe and featuring beautiful cinematography, Our Hospitality involved various members of the Keaton clan. His father Joe Keaton portrayed the train engineer, his on screen leading lady Virginia was his real life love, Natalie, and the baby in the film was played by his son, Buster Keaton Jr.

***Purchase a subscription and see all five films for the discounted price of $45!***

This event is produced in parters

hip with LATOS and is a part of the Mission Playhouse Community Engagement Program,