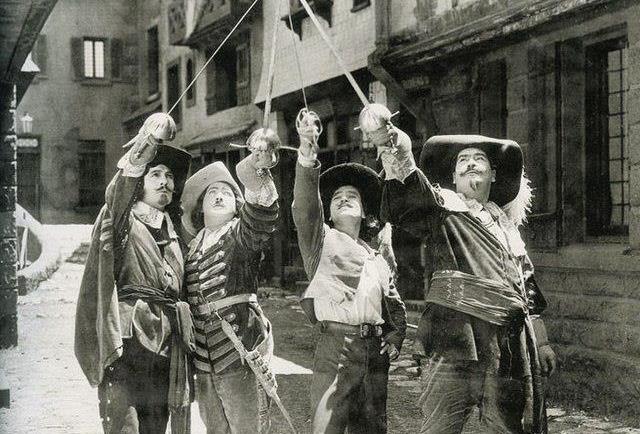 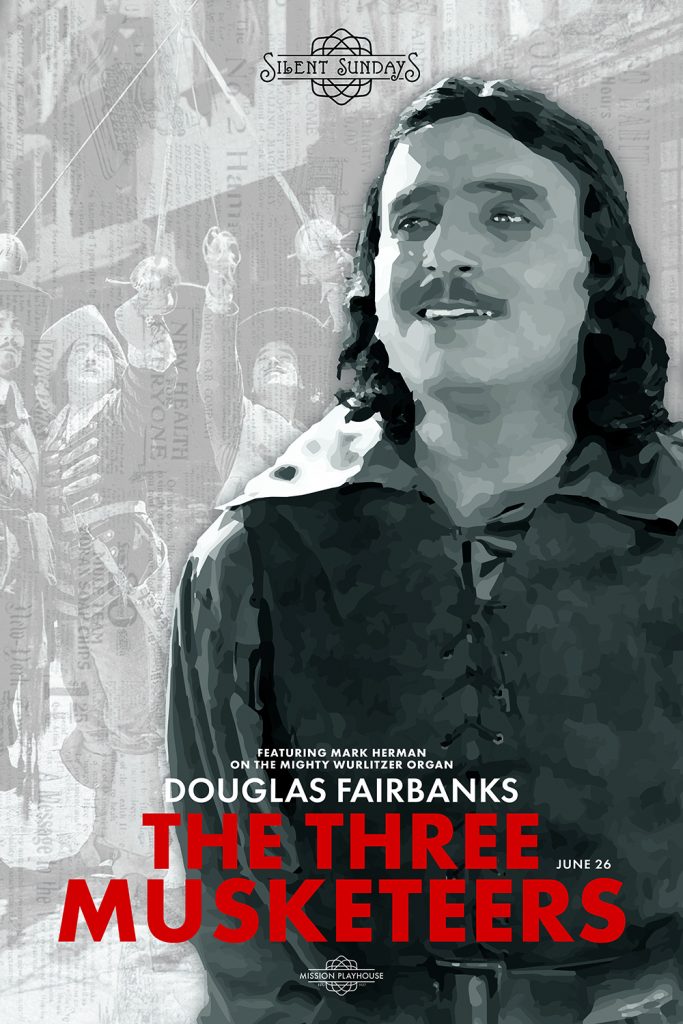 Next up in our Silent Sundays series on June 26th at 2:30pm is Douglas Fairbanks’ 1921 action/adventure, The Three Musketeers, where you’ll be transported to 17th century France and the court of King Louis XIII!

Behind the scenes, the villainous Cardinal Richelieu is setting a plan in motion to discredit the Queen. Fairbanks plays D’Artagnan, a nobleman who joins Athos, Porthos, and Aramis (The Three Musketeers) on their quest to recover a special diamond brooch that is key to saving the Queen’s name and keeping the Cardinal from gaining power in King Louis XIII’s court.

Are the Musketeers successful in their perilous mission? Does D’Artagnan prove himself worthy to become one of the King’s Musketeers?

Accompanying The Three Musketeers on our Mighty Wurlitzer theater pipe organ is Mark Herman. An American Theatre Organ Society Organist of the Year, Mr. Herman tours throughout the country and has performed abroad in Australia, New Zealand, Switzerland, and the United Kingdom.

Tickets are $12. There are 2 ways to purchase a ticket:

1) Visit the Playhouse Box Office Thursdays from 3:00pm-7:00pm or day of show starting at 1:00pm. If you wait until the day of the show to purchase tickets at our Box Office, please come early. Our Box Office opens 90 minutes before a show begins.

This event is presented in partnership with the Los Angeles Theatre Organ Society.