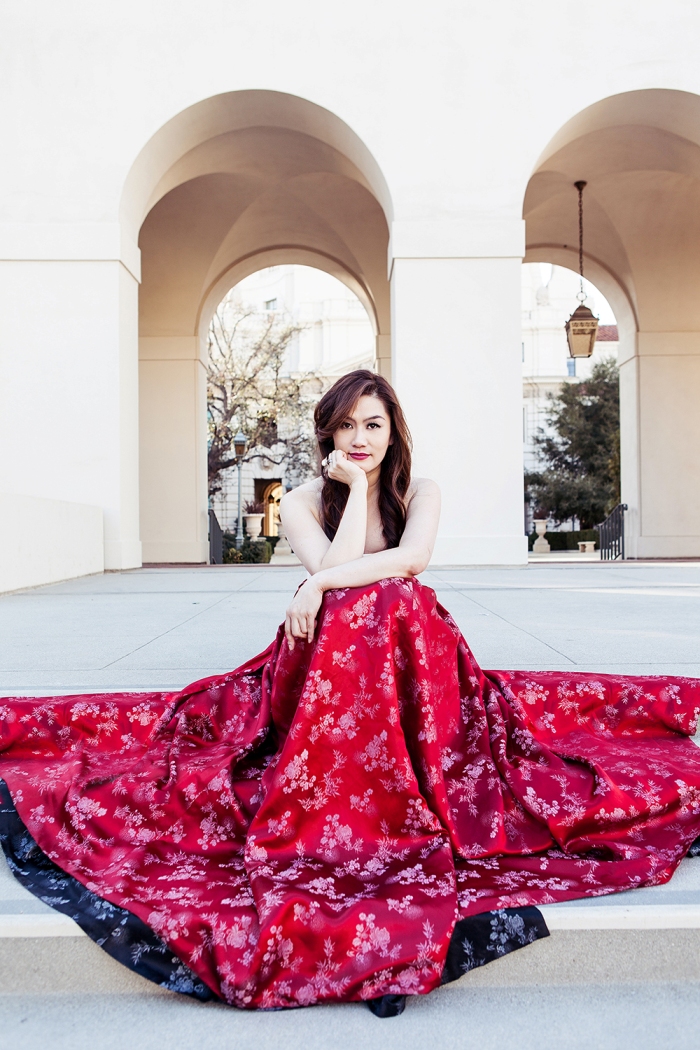 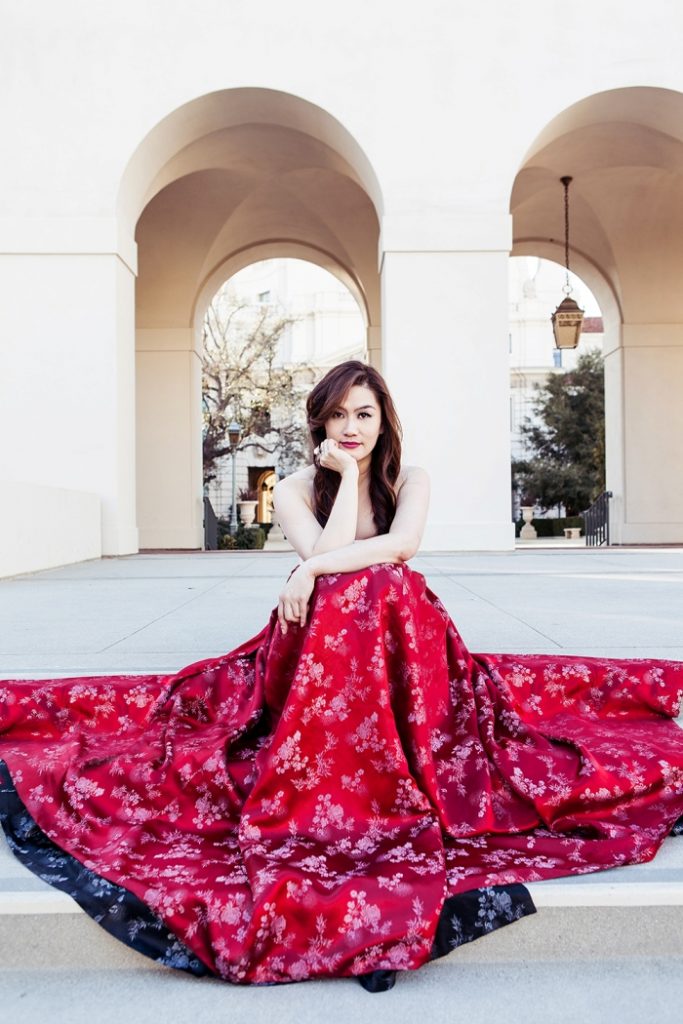 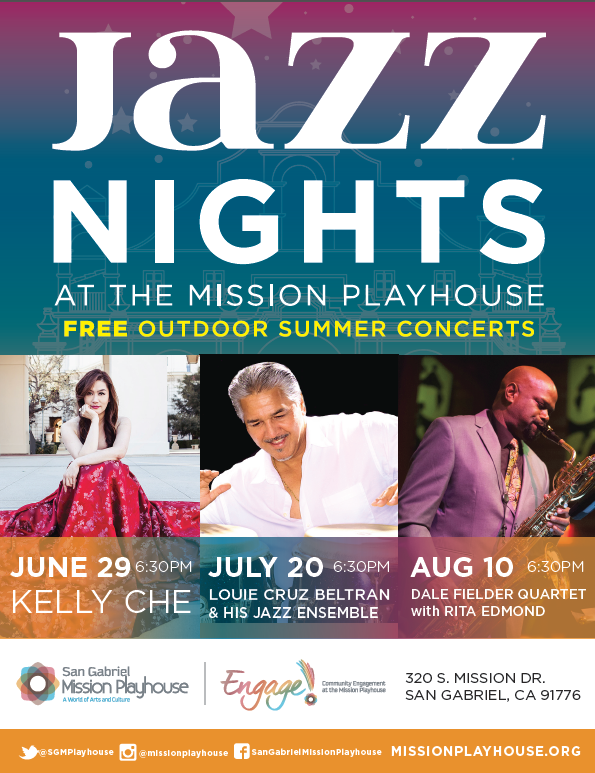 Join us in the beautiful Playhouse plaza for another great free outdoor concert series featuring an eclectic array of some of So Cal’s best musical acts on June 29th, July 20th, August 10th.

Tonight’s concert features The Kelly Che Band who offer a unique jazz sound shaped through a diverse cross section perspective of world music traditions. Ms. Che and her eclectic group of veteran L.A. musicians tantalize the senses with an entrancing mix of songs, old and new, delivered in hip jazz styling. Presented songs are ranged in influence from the Beatles to Cole Porter and Korean folk to Brazilian melodies where audiences are always taken on a wonderful musical ride tailored to Los Angeles’ great ethnic stew. Catch some Kelly Che flavors here!

Other Summer Jazz concerts in the series feature Louie Cruz Beltran and his Jazz Ensemble  (July 20th) and The Dale Fielder Quartet (August 10th). Join us for some great outdoor music!

This event is part of the Mission Playhouse Community Engagement program, Engage!