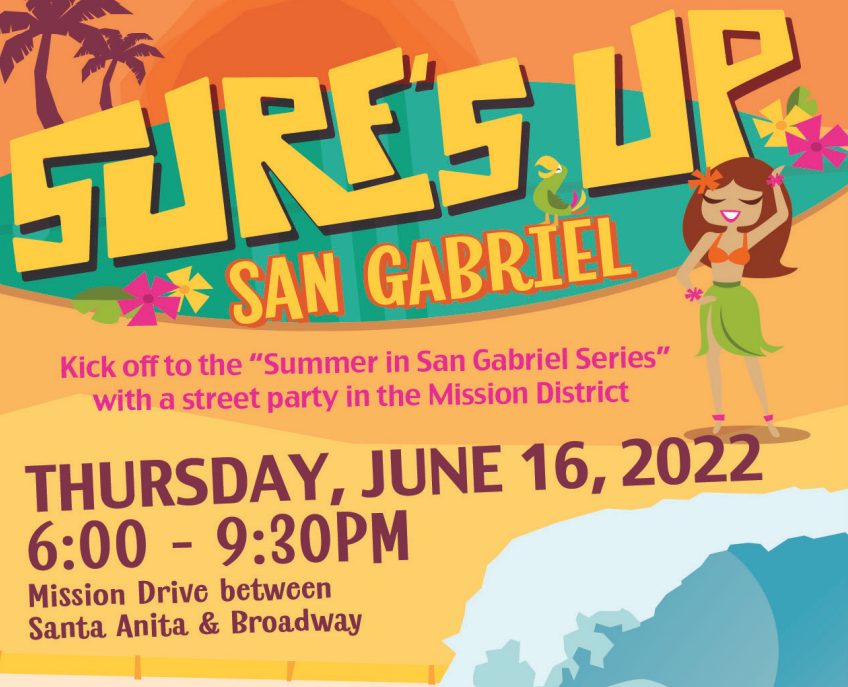 Spend a summer under the stars with the City of San Gabriel’s annual concert and movies series! All of the events are free to attend.

The series will kick off on Thursday, June 16th with Surf’s Up San Gabriel in the Mission District from 6:00pm-9:30pm featuring live entertainment, kids’ activities, food trucks and a beer/wine garden.