The Fairy Tale of Lotus Lantern 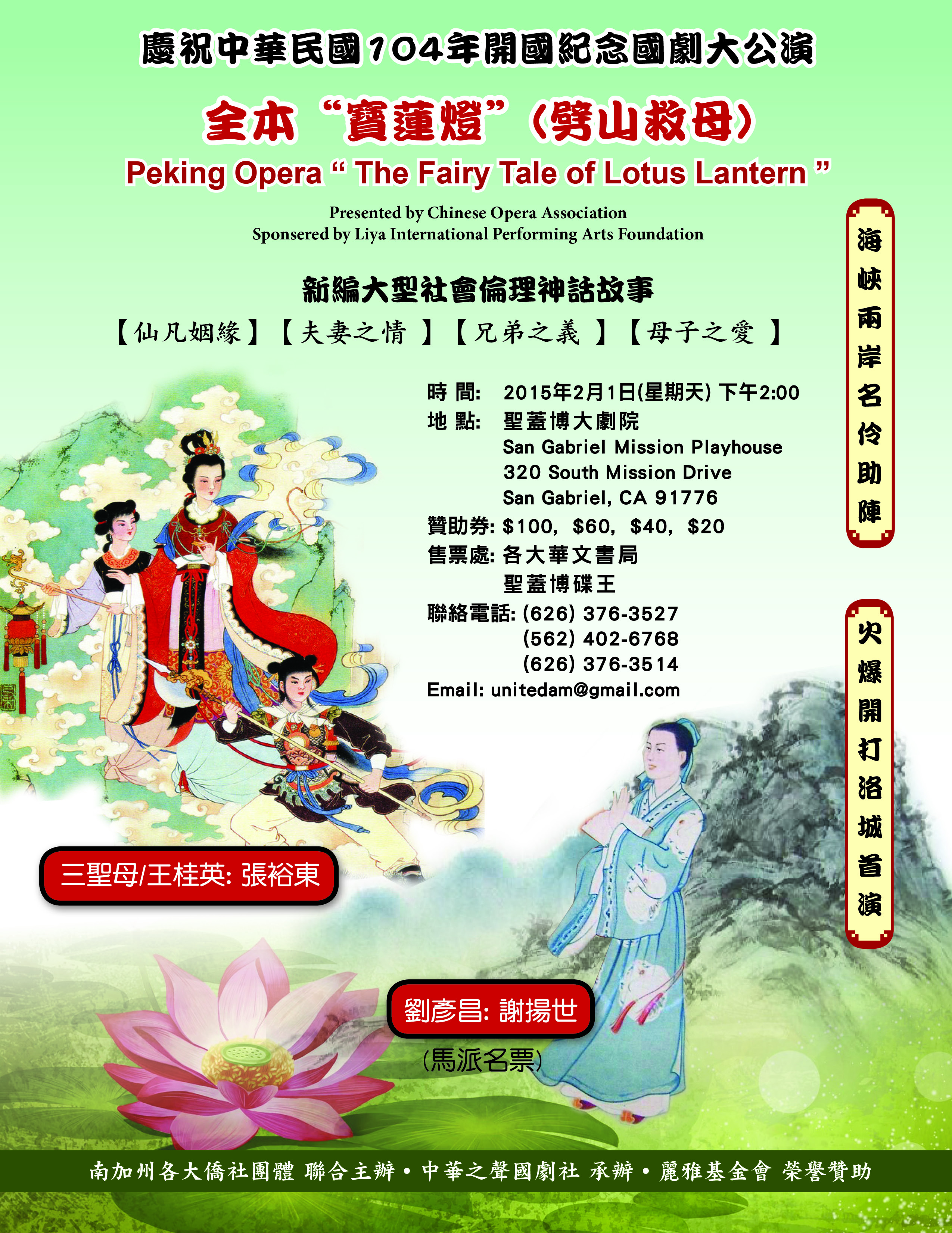 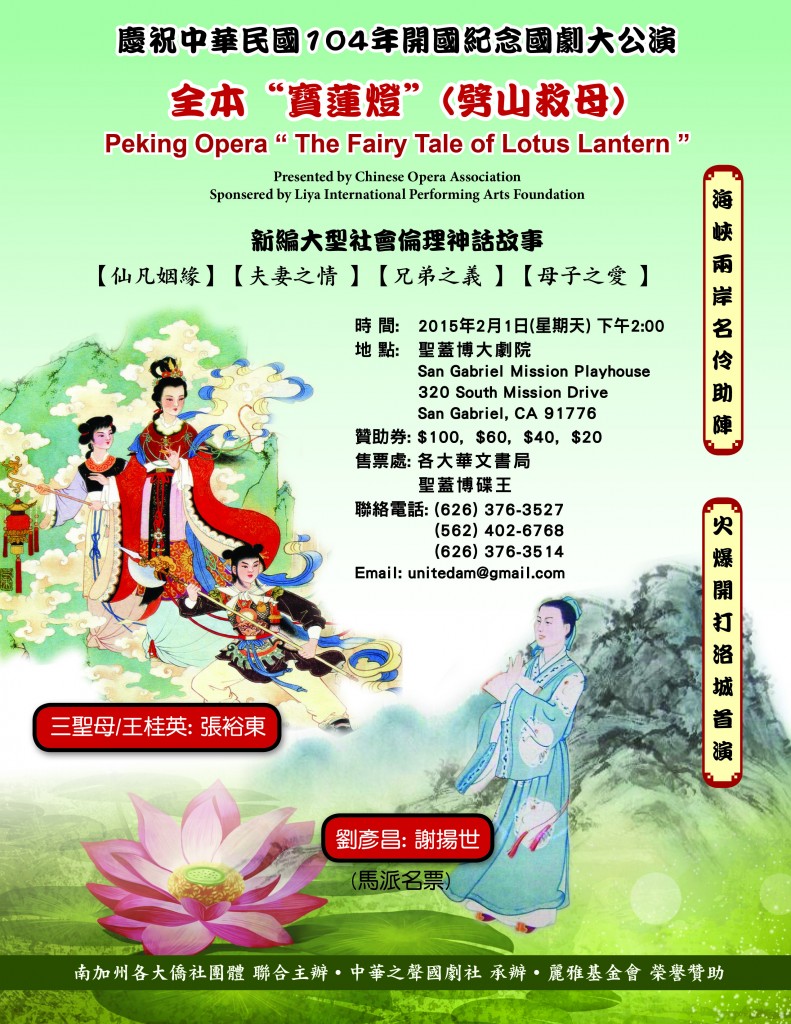 The Chinese Opera Association presents ‘The Fairy Tale of the Lotus Lantern’.

**PLEASE NOTE: Unless otherwise stated, all Playhouse events are presented by independent producers. Contact the producing company mentioned above for current ticket prices which are subject to change without notice.

A Summary by Patricia Fu

Liu Yanchang, a young handsome scholar, is attacked by a golden python on his way to take a national placement test. Fortunately, San Sheng Mu, a goddess who possesses the Lotus Lantern, a powerful mystical weapon, wanders by and is able to use the Lotus Lantern to defeat the snake. They fall in love with each other, enraging an emperor in heaven who becomes jealous of their romance. He sends General Yang Jian to separate them and San Sheng Mu is punished with eternal imprisonment in Mount Hua.

Meanwhile, Liu Yanchang achieves the highest ranking in the national placement test, and marries Wang Guiying, the daughter of the Prime Minister. Wang Guiying gives birth to their son Qiuer, and also agrees to adopt San Sheng Mu and Liu Yanchang’s son, Chenxiang, whom San Sheng Mu had given birth to prior to her imprisonment. The two boys grow up together as loyal, devoted brothers.

While at school one day, they accidentally kill Master Qin’s son. According to the law, murderers must be sentenced to death themselves. Both brothers want to sacrifice themselves for the crime to save the other. Wang Guiying decides to sacrifice her own son, Qiuer. Before letting Chenxiang escape, she tells him about his mother and her imprisonment on Mount Hua. Qiuer sacrifices himself and is executed for the murder.

Chenxiang hides in the mountain, learning the art of Gong Fu. When he becomes a Master of Gong Fu, he uses a magic axe to split Mount Hua, successfully freeing and rescuing his mother.