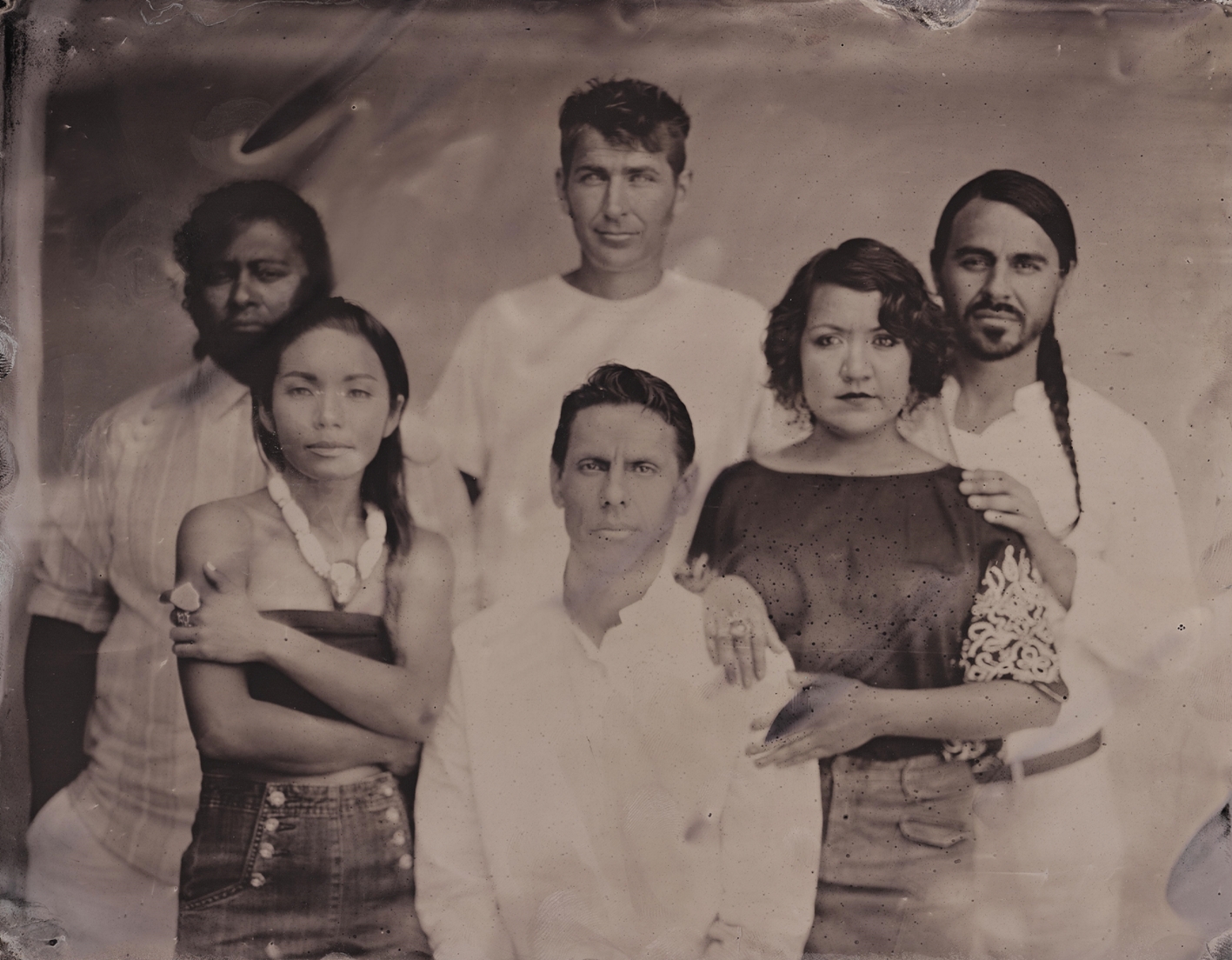 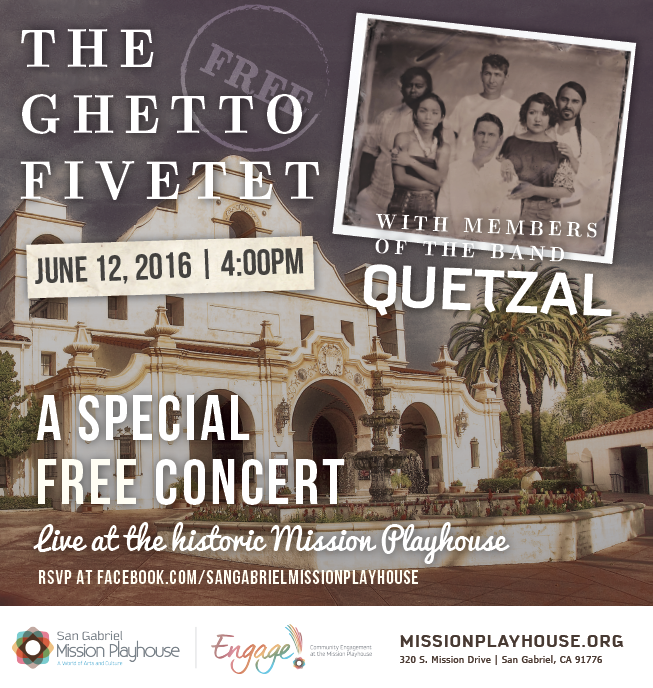 On Sunday, June 12, at 4:00pm, The Ghetto Fivetet, a unique side project of the Grammy-winning band Quetzal, will perform a free concert in the lobby of the historic San Gabriel Mission Playhouse.

Formed to perform music from the theaterwork, “They Shoot Mexicans, Don’t They?” the Ghetto Fivetet is made up of Quetzal Flores, Martha Gonzalez, Rocio Marron, Juan Perez, and Russell Rodriguez. For this special concert they will be performing songs from the Quetzal songbook, and “They Shoot Mexicans, Don’t They?” which is scheduled to be presented at the San Gabriel Mission Playhouse in May of 2017 as part of a special event series, The Latin Wave.

“They Shoot Mexicans, Dont They?” tells the fictional story of a New York producer who in 1927 plans to make a silent movie of The Mission Play. Blending comedy and drama, the show explores the historic encounter between early Hollywood and Latino culture, and includes original and period music written and interpreted by members of Quetzal.¡Vengan a acompañarnos!

This is a free live music event that will take place in the Mission Playhouse Lobby. Click here to RSVP to the event on our Facebook page.

This event is in partnership with About…Productions, as part of the Mission Playhouse Community Engagement Program,  Engage!