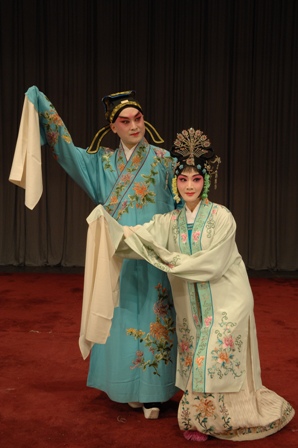 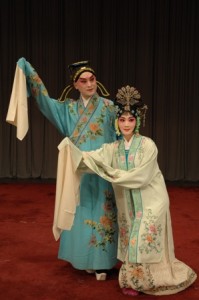 Founded in Beijing in 1957, China’s Northern Kunqu Opera Theatre is the leading representative of kun opera, which was listed in 2001 by UNESCO as one of the Masterpieces of the Oral and Intangible Heritage of Humanity.  It has performed around the world, most recently at the 2011 Holland Festival to great acclaim.

Northern Kunqu Opera Theatre will perform China’s most popular love story, Romance of the Western Chamber, a work by Yuan Dynasty playwright Wang Shifu (1260–1336). A story of a secret love between Zhang Sheng, a young scholar, and Cui Yingying, the daughter of a chief minister, the tale turns lovelorn when their desires are interrupted by warring bandits and a meddlesome mother. Only through the brave actions of Yingying’s maid, Hong Niang, do the couple reunite and make their love known. Romance of the Western Chamber has been called “China’s most popular romantic comedy.”

Tickets will be sold 1 hour prior to the performance at the Mission Playhouse Box Office.

As per CADPH; effective January 15, 2022 all indoor events with potential audience sizes greater than 500 patrons will require proof of full COVID-19 vaccination status or a negative Covid-19 test. Testing for such events is required to be conducted within one (1) day for rapid antigen tests, or within two (2) days for PCR tests prior to entry into the facility or venue.