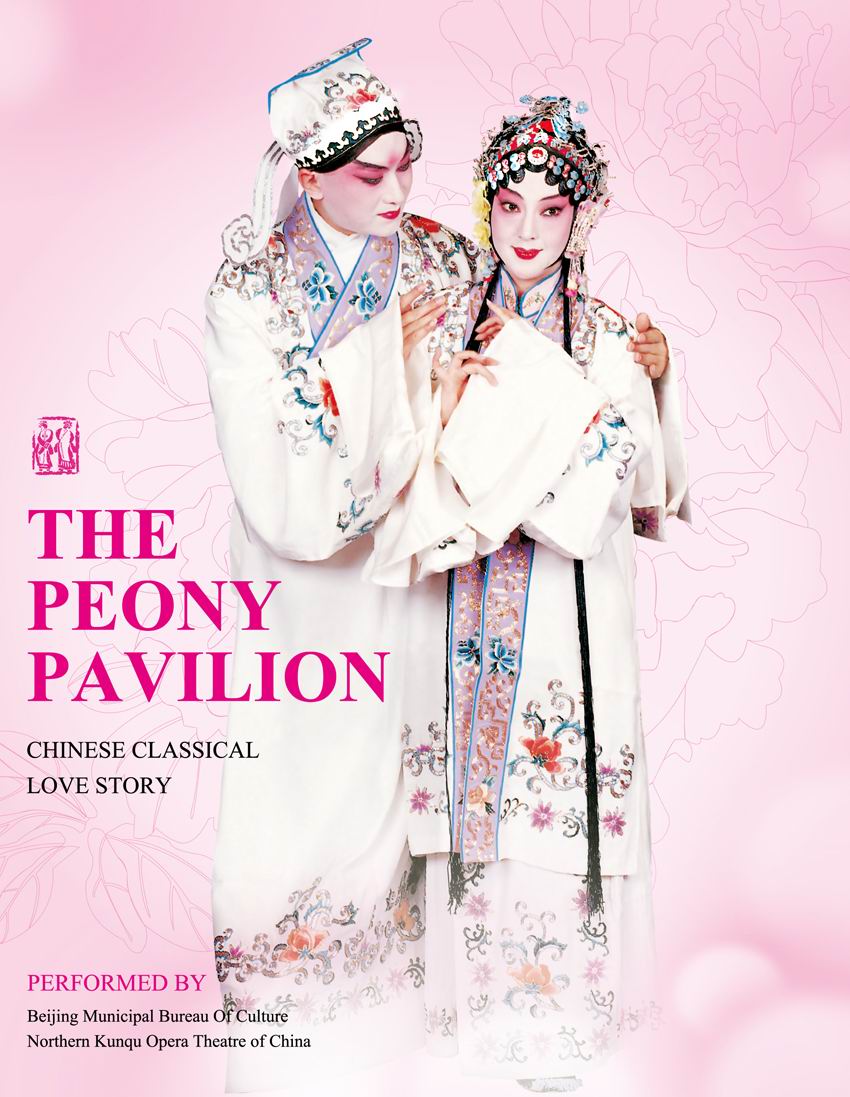 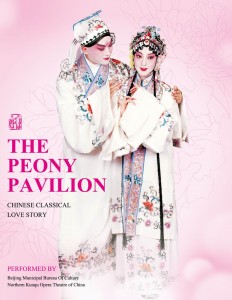 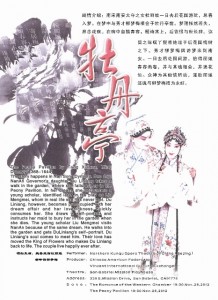 Founded in Beijing in 1957, China’s Northern Kunqu Opera Theatre is the leading representative of kun opera, which was listed in 2001 by UNESCO as one of the Masterpieces of the Oral and Intangible Heritage of Humanity.  It has performed around the world, most recently at the 2011 Holland Festival to great acclaim.

Northern Kunqu Opera Theatre will perform The Peony Pavilion. Written by playwright Tang Xianzu of the Ming Dynasty, this play is about the love story between Du Liniang and Liu Mengmei.

Tickets will be available at the Mission Playhouse Box Office 1 hour prior to the performance.