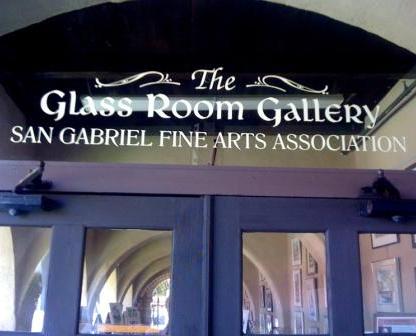 The San Gabriel Fine Arts Association (SGFAA) is a non profit organization, founded in 1965 to promote traditional fine art in the community and to provide a venue for member artists to show their work. The association maintains a large group of over 200 members and represents all of Southern California and several states.

SGFAA maintains a  gallery open to the public in the Mission Playhouse’s Glass Room.

The Gallery Gazette, the Association’s newsletter, is mailed to all current members every month. News regarding upcoming shows, demonstrators, and member news are just a few of the items published in the newsletter. Members are invited to submit a brief news summary regarding art shows or awards they have recently received.

SGFAA began as The Art Guild in 1935 but was forced to close during World War II. In 1966 the Association reopened and has remained as a vital part of the arts community ever since. Such notables as Norman Rockwell, Frank Tenny Johnson, Arthur Beaumont, Sam Hyde-Harris, Los Angeles Times sketch artists Charles Owens, Clyde Forsythe, and Jack Wilkinson Smith, Karl Albert, Dan Toigo, Constance Marlow, Lester Bonar, Rosita Tseu, Lloyd Mitchell, and Darwin Duncan were among the first to exhibit with The Guild and/or The Fine Arts Association.

Interested artists and patrons of the arts can join the SGFAA by completing the SGFAA Membership Application Form.